Skip to content
The word that characterises today is “rain”. Thankfully it came intermittently and there were only a couple torrential, bucketing down rain periods, and no wind. People came out when the rain subsided. I met market-goers from Brazil, Chicago, Portugal, Germany and many different parts of Australia. I may have met some runners who are taking part in tomorrow’s Cadbury Marathon too.
I painted three cockatoos during the week and all three went today. The Yellow-tailed black cockatoo to a young lady from Bulgaria, the Sulphur Crested Cockatoo to a lady living on the mainland of Australia and the female Red-tailed black cockatoo to a lady from Ontario, Canada. So, all three will be flying to their new homes.
A Tasmanian, who is travelling to Germany next week, purchased “All Ears” to take as a gift for one of her friends. “Scarlet Robins” is going to Chicago as a souvenir of Tasmania. “Double Date” is going to settle in Orange, NSW.
A lovely young couple, that unfortunately, on their second day in Tassie, at a bush walk rest area in Bicheno, she slipped and broke her arm. It was a really bad arm break that also pushed her hand out of position. They had to walk two hours back out of the bush to their car, which thankfully they had because they came across the Bass Strait on the Spirit of Tasmania ferry. They went to the Bicheno Hospital, where they were told they had to get it treated at the Launceston Hospital, which is a more than a two hour drive away. Then they had to drive back to Bicheno. They said that they drove most of the way back at 40kmph because there was so much wildlife around. They even saw a young Tasmanian Devil along the road. That is a rare sight. 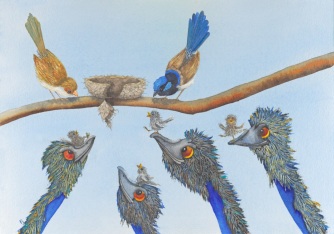 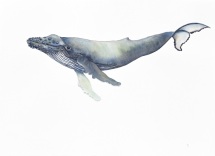 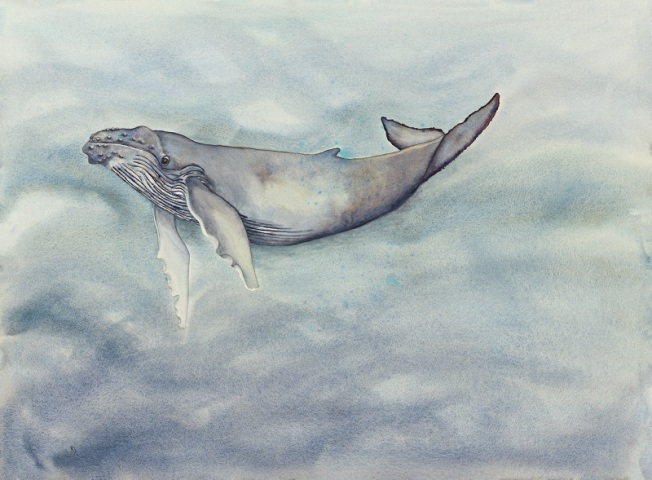 A thought to ponder: “Creativity is allowing oneself to make mistakes. Art is knowing which ones to keep.” — Scott Adams, The Dilbert Principle
Warm wishes of creativity from the Pjpaintings stall #30 at Salamanca Market.