Apparently there are many correct answers to this question. One could be a green-grey colour if you’re a statue guarding a house in Bellerive, Tasmania. 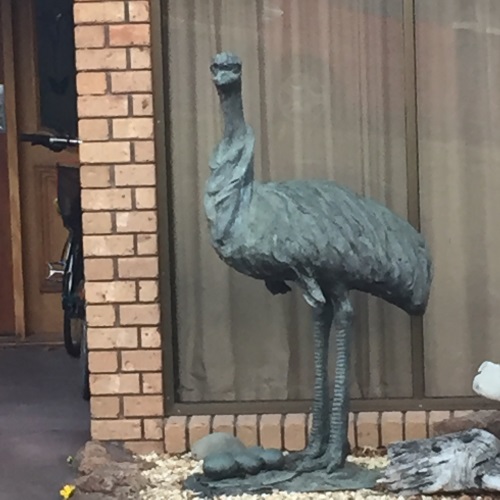 or one could be white if you’re the white emu photographed by Nicola Thiele in Snowy Monaro, NSW.

According to University of Sydney Associate Professor of avian and zoological medicine, Lorenzo Crosta, the emu is a rare sight but it is not an albino emu.  An animal with albinism displays absolute evidence of melanin in the body, including the legs, which would be pinkish or very light in colour.  Lorenzo’s explanation of the white emu is that it has leucism, which is a partial lack of melanin, and thus the white feathers.

If you’re an emu that I paint, your feathers could be beige, blue, black and turquoise… 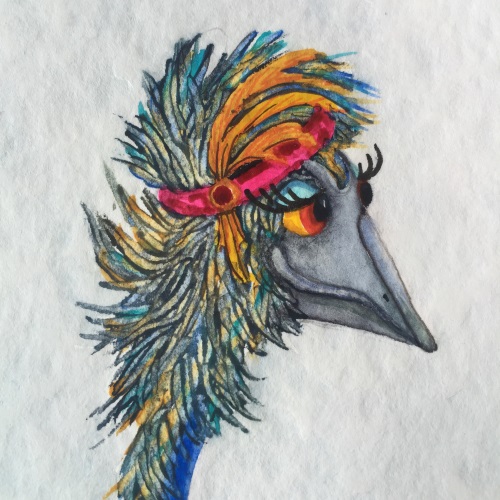 and you’re pretty good at dancing the Charleston! 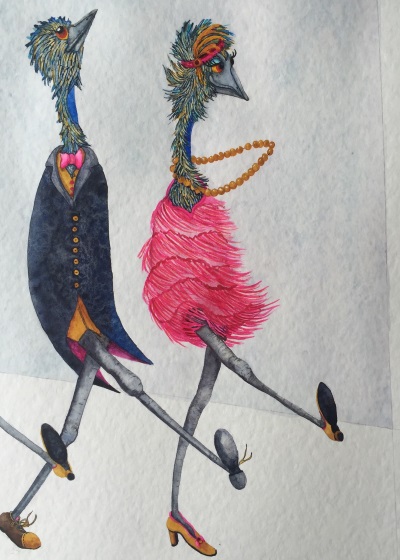 Cheers. Hope you’re having fun and kicking up your heels wherever you are.